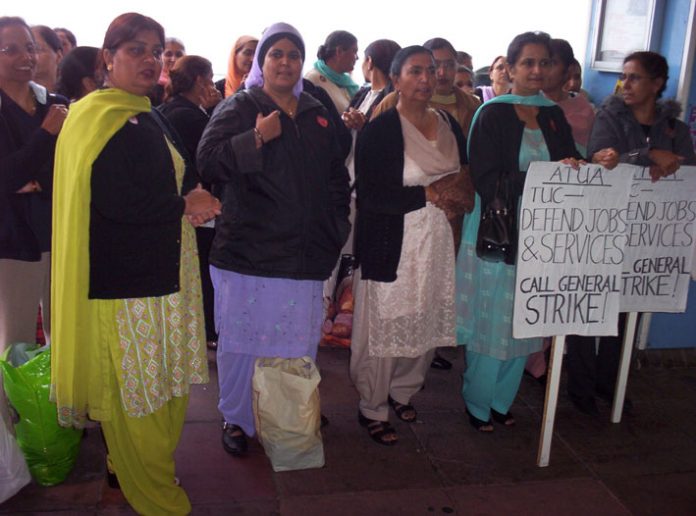 THE US ambassador to Iraq, Zalmay Khalilzad, who was recently transferred from Afghanistan, last Monday threatened the Syrian government with war.

He accused Syria of giving aid and assistance to insurgent groups in Iraq, and of allowing insurgents to cross the Syria-Iraq border.

He added that without this aid, the Iraqi puppet constitution would be accepted throughout Iraq and the insurrection would be winding down.

Spelling out his message, Khalilzad continued: ‘Our patience is running out with Syria. All options are on the table, including the military option.

‘I would not like to elaborate more, they should understand what I mean,’ he added.

Khalilzad said the US believes that Iraqi Sunnis are refusing to agree to the proposed puppet constitution because of threats from Sunni extremists from Syria, where he alleged, without any proof, they have training camps.

He concluded: ‘Syria has to decide what price it’s willing to pay for making Iraqi success difficult. And time is running out for Damascus to decide on this issue.’

Syrian Information Minister Mahdi Dakhlallah replied on Monday: ‘There is a threat of aggression there, and a style which is reminiscent of colonial eras and cold and hot wars.

Dakhlallah said: ‘Syria has exerted efforts almost beyond its capacity as a small and developing country to protect the border because Iraq’s stability is a Syrian concern, not just an Iraqi concern. Stability is indivisible and dangers most often come from two directions.’

The Syrian media commented: ‘It is worth noting that the US commissioner and the military attache were the only two diplomats absent from the tour the Syrians organised to show Arab and Western diplomats what they have done on the Syrian-Iraqi border.

‘Syria has set up 567 checkpoints near the border and deployed 10,000 soldiers in the area.’

In fact, it is Saudi Arabia that has the longest border with Iraq, a border that is wide open.

It is also well known that the Saudi authorities are battling for their lives against the Al Qaeda movement that has many members and supporters in Saudi Arabia.

The border is unpoliced. There is no doubt that any Saudis who wish to, can cross and recross that border in order to make attacks on the US army of occupation.

Yet there has been no warning to Saudi Arabia, and of course there never will be as long as the pro American feudal regime rules.

However, there are now large scale battles taking place near to the Syrian border with Iraq, involving thousands of US and puppet forces supported by jet fighters making bombing raids.

The prospect is that the warnings of the US ambassador will be followed up by so called ‘hot pursuit’ raids into Syria to make Khalilzad’s point even clearer.

Yesterday at the TUC Congress there was barely a single vote for the key policies of the Labour government.

It is absolutely vital for workers in Britain, Iraq and Syria that the trade unions bring down the Blair government, to go forward to a workers’ government that will carry out socialist policies at home and withdraw all British troops from Iraq.

Truss Condemns Any ‘Windfall Tax’ On Oil Company Profits Saying ‘Profit Is Not A Dirty Word!’

Socialist revolution is the only answer to the ‘economic tsunami’ swamping capitalism!

Disbanding The Met Police Force Is Long Overdue. It Must Be Disbanded Without Delay!