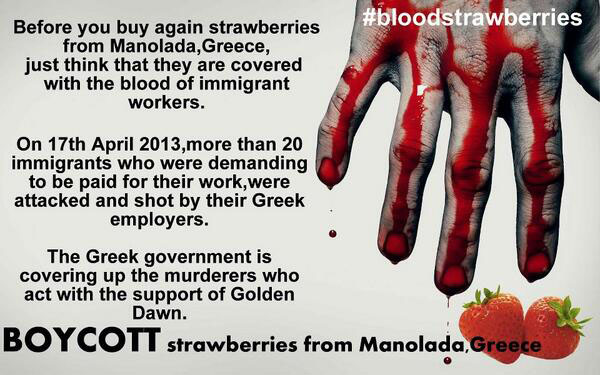 GREECE’S Seamen’s Pension Fund union held a general assembly to decide on further action on the second day of a two-day strike over pensions.

Pension Fund (NAT) were on strike on Monday and Tuesday in protest at the government’s proposals for social security reform. The next stage of Greece’s bailout from the EC-ECB-IMF troika is dependent on huge savings from the pension system.

In order to find savings worth 1.8bn euros or 1% of GDP in 2016, the Greek government is proposing increasing employer contributions and merging pension funds, among other measures. Troika representatives are due to begin a review later this month.

The Seaman’s Pension Fund workers’ union is particularly opposed to the idea of NAT being merged into a main pension fund. Civil servants’ union ADEDY on Monday called for a new protest against the government’s proposed pension reforms.

ADEDY said it would hold the demonstration at noon on Saturday in Omonia Square, central Athens. Representatives of other unions that oppose the planned changes, including private sector umbrella group GSEE, also took part in Monday’s meeting where the decision for Saturday’s protest was taken.

GSEE and ADEDY say they are against plans for employees’ social security contributions to be raised by 0.5 per cent. Workers are angry at the betrayal of Syriza leader, prime minister Alexis Tsipras, who campaigned with a promise not to cut pensions again.

They are sceptical of his pledge on Sunday that his government would not give in to ‘unreasonable’ demands from creditors. He added that the pension system was ‘on the brink of collapse’ and needed to be overhauled.

The Syriza-led coalition government aims to submit the pension reforms bill to parliament by mid-January and have it voted into law by early February. Labour Minister Giorgos Katrougalos said last Sunday that Greece is not prepared to compromise with lenders on some key aspects of its pension reform plan, which the government expects to be voted through Parliament with the full support of all the coalition MPs and perhaps some from the opposition.

Less than a week after submitting the plan to the country’s lenders, the minister argued that there is no reason for the institutions to quibble with it. Katrougalos said: ‘The memorandum of understanding does not give them the right to ask for the adjustment to be carried out exclusively by pension cuts if we meet the targets in another way.

‘Anyway, there have been 11 rounds of cuts so far based on the argument that the pensions system needs to become sustainable. How can people be convinced that it will actually work the 12th time?’

He said that most of the pension savings demanded by lenders were achieved through measures that have already been passed, leaving another 600 million euros to be cut. Katrougalos said almost 400 million would come from increasing employers’

The minister argued that his proposals would lead to minimal cuts and that it introduces a comprehensive overhaul of the social security system to put it on a sustainable footing. He said: ‘For the first time in Greece we will have single-speed pensioners. All the pensioners will be subject to the same rules.’

The plan foresees new pensioners bearing part of the adjustment burden as they will receive lower retirement pay than existing pensioners, at least in the short term. Those earning supplementary pensions are also likely to see their earnings reduced.

Katrougalos claimed: ‘Main pensions are our red line. We are not intending to sacrifice auxiliary pensions, though. We are entering negotiations with a proposal to save them.’

Apart from insisting that existing main pensions should not be slashed, Katrougalos said that the other point the government is not willing to give in on is its proposal for anyone who has completed 15 years of work to receive a basic pension regardless of their income during that time.

The EC-ECB-IMF troika of Greece’s lenders seem to favour a system by which pensions are only paid out if 20 years of work have been completed and that they be linked to the recipients’ income during that time. The Labour minister assured: ‘The 15-year period is non-negotiable. The income criteria are non-negotiable.’

Katrougalos expressed confidence that all 153 coalition MPs would vote for the proposals drafted by the government. He also said that he has received encouraging signs from some opposition deputies and believes there may be wider support for the measures.

His statements followed an angry demonstration organised by the Communist-affiliated PAME union last Friday. Scuffles broke out in central Athens during the protest against the proposed pension reforms. Tensions flared when demonstrators broke past a line of riot police near the prime minister’s office.

One of the protesters, 74-year-old Babis Kattis, said: ‘The government tricked the workers and the farmers into thinking that it will create a better society with more justice and less unemployment. ‘Pensioners are about to become beggars. Alongside shrinking pensions, the elderly have already been hard-hit by high unemployment, increases in VAT and rising taxes.

• The European Court of Human Rights (ECHR) will examine a complaint by 42 Bangladeshi workers against Greece over the violation of European laws prohibiting slavery and forced labour, it was announced last Friday.

The case, which concerns the shooting of 28 migrant farm workers who were demanding unpaid wages by foremen at a strawberry farm in the southwestern town of Manolada in April 2013, will be examined after January 20, according to the Greek Council for Refugees.

The Athens-based NGO said: ‘The appeal to the ECHR will hopefully mark a first step in the effort to restore legality and avert similar incidents in the future.’ In 2014, a Greek court acquitted the farm owner and a supervisor, and sentenced two foremen to prison terms of seven and 14 years on charges of causing grievous bodily harm.

The decision prompted an outcry from unions and rights groups. An appeal against the decision was later turned down by the Supreme Court.