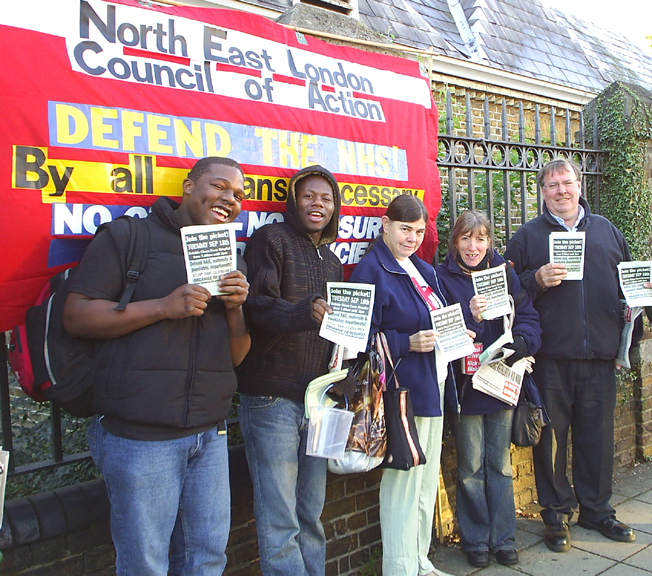 Rationing of NHS treatments is becoming more widespread, a survey of GPs and hospital doctors for ‘Doctor’ and ‘Hospital Doctor’ magazines has found.

Of the 653 respondents answering questions on the consequences of rationing, 107, 16 per cent, said patients had died early as a result.

More than half, 349, said patients had suffered as a result. This compared with one in five in a similar survey conducted nine years ago.

Doctors reported that NHS trusts had been placing restrictions on fertility treatments, obesity surgery and a number of minor operations, including those for varicose veins.

British Medical Association (BMA) GPs committee chairman Richard Vautrey said that the NHS ‘obviously works with a limited budget so we urgently need to have a debate about what can be provided.

‘Trusts are already being forced into this but the political parties are not talking about it.’

However, BMA member Mrs Anna Athow, a north London surgeon, said: ‘The survey showed that many doctors are aware of rationing of treatments.

‘One of the main modes of rationing is through demand management scams, such as SCAS (Special Clinical Assessment Services), set up by PCTs to prevent GP to hospital referrals.

‘These divert patients back to the GP or to non-medical practitioners or to GP specialists, on the excuse that these treatments are cheaper using Payment by Results.

‘In fact, around 20 per cent of NHS funding is now being wasted on market transaction costs.

‘Restoration of public ownership of provision of healthcare would save billions of pounds and avoid the need for any rationing.’

In his speech to the Labour Party conference yesterday, Health Secretary Alan Johnson pledged ‘an NHS which is clinically-led and locally-driven, constantly focused on a personalised service for the patient.’

He announced a ‘new regulator with tougher powers, backed by fines, to inspect, investigate and intervene where hospitals are failing to meet hygiene standards.’

He said he wants ‘a regulator with the power to close, clean and then re-open wards if necessary.’

He continued: ‘GP surgeries should be open at times and in locations that suit the patient, not the practice.

‘Pharmacies, sports centres and high street walk-in centres can do much more to provide primary care effectively and conveniently.’

Commenting, BMA Chairman, Dr Hamish Meldrum, said: ‘It is essential that the government engages with the medical profession, not just a few hand-picked senior doctors but doctors working at grassroots level.’

On GP opening times, Meldrum added: ‘GPs are already working extremely hard to benefit their local populations and a recent government survey showed that well over eight out of ten patients were satisfied with access to their practices.

‘It is ironic that on one hand Mr Johnson talks about clinical engagement and yet when it comes to GP hours he does not approach the BMA.’

UNISON General Secretary Dave Prentis, said: ‘We were really pleased that Alan made no mention of markets, competition and choice in improving our health service.

‘Obviously we want to talk to him about a real improvement agenda for patients; they must come first.

‘And we want to discuss how health workers – our members – can contribute to that improvement.’

Prentis added: ‘There is, however, the outstanding issue of pay. Health workers have had a below inflation pay increase this year and they won’t tolerate it in future years.’

Mrs Anna Athow said: ‘Mr Johnson’s claims that he wants “a clinically led and locally driven’’ health service, are an insult to the intelligence.

‘The Darzi plan for London endorses the Department of Health instructions to Primary Care Trusts to close down District General Hospitals and to shift their elective work into private polyclinics and surgicentres.

‘It is all “top-down structural change’’ in the interests of the healthcare corporations.

‘When they say more “personalised’’ care, they mean more “patient choice’’ mechanisms to divert patients into the private sector.

‘People should see through the rhetoric and intensify their efforts to defend all our District General Hospitals with occupations and strike action to get rid of this government.’

Russia Is Accused Of Setting Up A Provisional Ukrainian Government