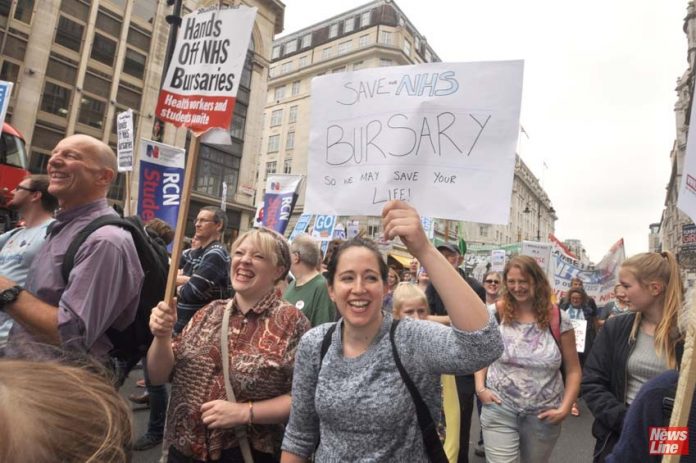 A SHOCKING Heads of Midwifery (HOMS) survey published yesterday by the Royal College of Midwives (RCM) reveals that nearly half do not have enough staff to meet demand.

It also shows that pregnancies are becoming increasingly complex, that there is a lack of specialist midwives and that midwifery vacancy levels are increasing.

Staffing levels continue to be an issue. The accepted model for determining what minimum staffing levels a maternity service needs is called Birthrate Plus (BR+).

Almost half (48%) of HOMS said that their funded staffing levels do not match BR+ or other workforce assessment tools.

This is compared to just under a third (32%) saying the same thing the previous year.

At the same time nearly every HOM (96%) said that their units are dealing with more complex cases than last year.

One HOM said: ‘We are seeing an increase with diabetics, both gestational and pre-existing, also ladies that previously would have not gotten pregnant due to complexities impacting on fertility.’

Meanwhile, Unite union has demanded that Tory health and social care secretary Matt Hancock suspend the possible privatisation of cervical screening services used by thousands of women in England every year, following claims that the service is in ‘meltdown’.

In his letter, to Matt Hancock, Unite national officer for health Colenzo Jarrett-Thorpe called for the suspension of the cytology tendering process, so a full review can take place to ensure the smooth transition to primary HPV testing without backlogs and delays to patients.

In his letter Colenzo Jarrett-Thorpe said: ‘We ask you (Matt Hancock) to use your office to intervene especially, after the press reports over the weekend that state the cervical screening service is in “meltdown”, following the launch of a Public Health England campaign to encourage more women to attend cervical screenings.

‘This follows reports that there are already several months in backlogs in patients receiving their cervical test results. This is traumatic for patients and is caused by not just the extra demand for cervical screening, but also the shortage of scientific staff who conduct the tests.

‘Some are deciding to leave the service rather than taking a chance to find out if their laboratory will be a winner in the tendering process.

‘The recent National Audit Office report on health screening highlights several warnings that the roll-out of the HPV programme and the resulting staff shortages will affect performance by causing backlogs and delays leading to missed targets for sample turnaround times.’