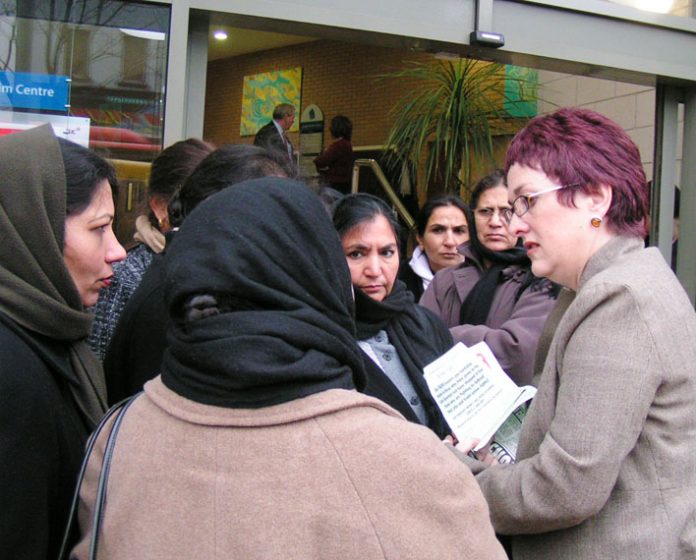 ‘WE want to know if the TUC agrees with what the T&G has done to us,’ Gate Gourmet locked-out worker Sharanjit Grewal said yesterday.

She continued: ‘Do they think it’s right that our union leaders should sign a deal behind our backs, agree to 150 compulsory redundancies and cuts in terms and conditions for all workers employed by the company? Do they think it’s right that the union has cut off our hardship payments since January 6th when they have put in our cases for employment tribunals which have not yet been heard?’

Parmjeet Sidhu added: ‘We want the TUC to carry out its promise. Last year in Brighton delegates at the TUC voted unanimously to give us 100 per cent support. Now we need to see that support. We want the TUC to organise a national demonstration to support us.

Mrs Asha Varma commented on a report in this week’s Skyport newspaper that ‘hundreds of staff hired to keep Gate Gourmet afloat during last year’s industrial dispute have become the latest victims of the catering firm’s ruthless policy.’

She said: ‘Gate Gourmet is sacking the agency staff who they brought in to do our work. They gave these people a one-year contract and then sacked them after six months with one week’s pay.

Savage Cuts On The Way!