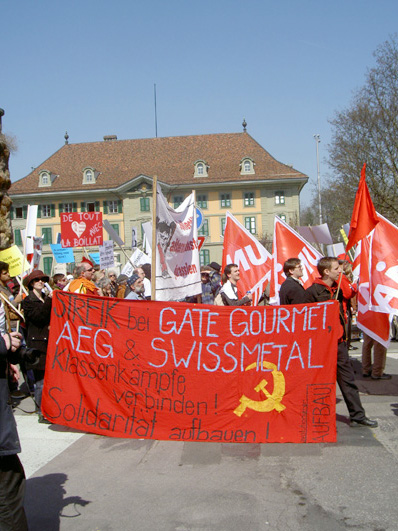 The leaders of Britain’s biggest teachers’ union, the National Union of Teachers, are appealing to ‘parent power’ to defeat the government’s ‘trust schools’ privatisation of education.

As delegates gathered for the start of the union’s annual conference in Torquay yesterday, NUT general secretary Steve Sinnott told reporters: ‘We will seek to work very closely with parents in any school that seeks to adopt a trust in circumstances that we would not support.

‘We’ll seek to mobilise those parents and to get as much opposition as we possibly can.

‘We believe that it’s in everybody’s interests for schools and their communities, for them to remain community schools.’

The NUT’s national executive is putting an emergency motion to conference, opposing the Education and Inspection Bill’s proposed ‘trust schools’.

The motion states that trust schools will bring in a two-tier system of education, will cause ‘ethnic segregation’ and that ‘pupils from disadvantaged backgrounds will lose out’.

The motion says it will ‘support parents and campaign groups at any school in any part of England and Wales’ if they oppose the idea of changing their school status.

So-called ‘independent’ trust schools will be ‘free’ to be run by outside agencies such as faith groups or businesses.

Like foundation schools and hospitals, they can borrow money and sell off assets, set their own pay and conditions for staff, and set and manage their own admissions criteria.

Conference is also expected to reinforce its opposition to city academies, which are funded by the state with a small percentage of cash from outside business sponsors.

He said: ‘A sponsor puts in £2m capital funding and gets a controlling say in how these schools are run.’

The NUT’s newly-elected president pledged to fight to get rid of national school curriculum tests (SATs).

In her installation at conference as president of the union, Judy Moorhouse said: ‘We will continue our campaign to replace Sats with an assessment system that is beneficial to learning.’

Moorhouse added that the NUT would also try to change the ‘worst’ parts of Blair’s Education and Inspection Bill.

A rattled education minister, Bert Rammell, complained yesterday that ‘if businessmen are prepared to put in their time and money, that should be a cause for celebration, not denigration’.

Patients to be turned away from A&E – Hancock outlines NHS...

News Editor - 18th September 2020
0
YESTERDAY in Parliament, Tory Health Secretary Matt Hancock said that less serious cases would be turned away from A&E and only the most serious...

Palestinians rise up against Bahrain-UAE-Israel signing

Bank of England & US Fed continue to pump out free...

Tories ‘sidelining NHS’ is the cause of testing crisis – time...

‘Trump is an outlaw and a rogue’ Syria hits back after...

News Editor - 18th September 2020
0
DURING DAY 11 of the hearing yesterday at the Old Bailey, in which the prosecution...