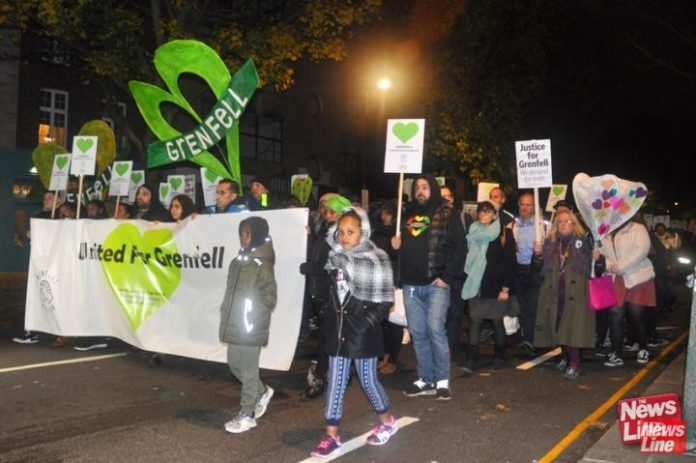 MAHAD Egal, Jamie Murray and their two young children, who survived the Grenfell Tower fire, like so many others have still not been permanently re-housed by the council, and not only have they spent the last two years in temporary accommodation they now face eviction!

The couple had previously been offered a permanent home but it had aluminium casing round the windows.

Understandably Egal and Murray refused it, as it was Aluminium Composite Material (ACM) cladding which was responsible for the rapid spread of the fire up the side of Grenfell Tower, a fire that claimed the lives of 72 men, women and children.

The council claim the aluminium material is not flammable, however, Murray insisted: ‘We were given similar reassurances when we lived in Grenfell Tower. The council are talking about physical safety, but you telling me that I am safe does not make me feel safe.’

She added that the stress of their present situation had caused her to experience vomit-inducing anxiety and made her flashbacks worse.

In the last two weeks she says she has also suffered a miscarriage.

The family added that moving from one property to another with two children would be ‘stressful and unnecessary’ and Egal is reporting symptoms of post-traumatic stress disorder (PTSD).

They said the next time they move, they want it to be their permanent ‘forever’ home.

The couple say they are now effectively being evicted from their current temporary accommodation, and they fear going out in case they are not allowed back in.

Egal said that ‘every day from now on is a potential eviction day’ and he fears the effect it will have on their children.

Local Labour MP Emma Dent Coad said the council sees some Grenfell survivors as ‘troublesome’ and wants to ‘clear the decks’ before the second anniversary of the tragedy on 14 June.

She said there is ‘no culture change’ at the council, and she can see no justification ‘at all’ for wanting to move the family from their temporary accommodation.