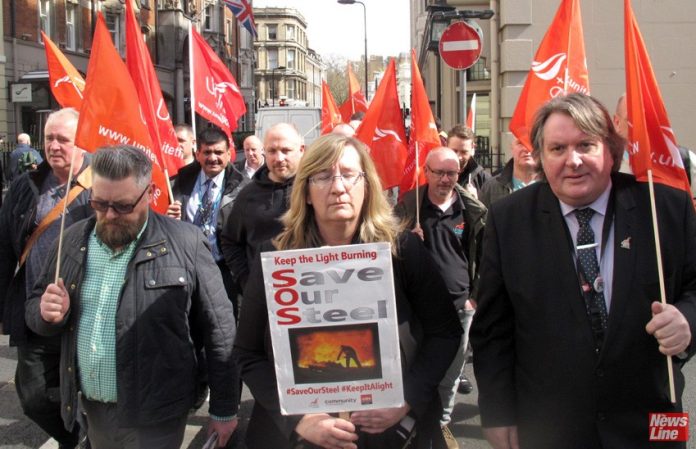 BRITISH Steel is seeking a £100m loan from the government in order to meet an EU emission rules attack.

Previously, the company could have used EU-issued carbon credits to settle its 2018 pollution bill.

However, the steel maker has been affected by a European Union decision to suspend UK firms’ access to free carbon permits until a Brexit withdrawal deal is ratified.

The EU’s emissions trading system’s rules allow industrial polluters to use carbon credits to pay for the previous year’s emissions, or trade them to raise money.

Each free permit gives a firm the right to emit a tonne (1,000kg) of carbon dioxide (CO2), and they can be traded for money.

In a statement the company said: ‘We are discussing the impact of Brexit on our business with ministers and officials from the Department for Business, Energy and Industrial Strategy and they have been extremely responsive and supportive to date.’

The company is in talks with the Department for Business about financial help.

The Department for Business, Energy and Industry Strategy responded: ‘As the business department, we are in regular conversation with a wide range of sectors and companies.’

British Steel has until 30th April to comply with EU emission rules.

News Editor - 24th February 2020
0
THE TORY government is drawing up plans for new anti-union laws to ‘break the stranglehold of the trade unions’, The Sunday Telegraph newspaper disclosed...

The USA Is Determined To Surrender Afghanistan To The Taliban!

Home Office is ‘institutionally racist’! The way to end the ‘hostile...

Bloomberg Flops! Sanders Must Stand For President – US Unions Must...

CUPE campaigns for ‘outside’ municipal workers

News Editor - 24th February 2020
0
THE TORY government is drawing up plans for new anti-union laws to ‘break the stranglehold...

News Editor - 22nd February 2020
0
ALMOST a decade after his WikiLeaks website enraged Washington by leaking secret US documents, a...

News Editor - 21st February 2020
0
THE NATIONAL Union of Students (NUS) threw its weight behind the biggest ever wave of...